SG1 Survival of the Fittest (Book 7) 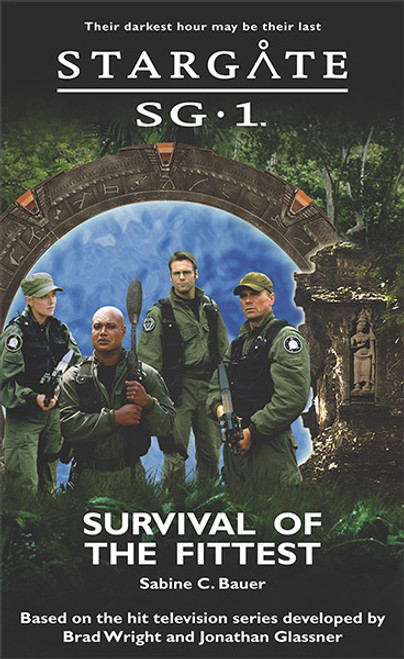 SG1 Survival of the Fittest (Book 7)

An eye for an eye…

Colonel Frank Simmons has never been a friend to SG-1. Working for the shadowy government organisation, the NID, he has hatched a horrifying plan to create an army as devastatingly effective as that of any Goa’uld.

And he will stop at nothing to fulfil his ruthless ambition, even if that means forfeiting the life of the SGC’s Chief Medical Officer, Dr. Janet Fraiser. But Simmons underestimates the bond between Stargate Command’s officers. When Fraiser, Major Samantha Carter and Teal’c disappear, Colonel Jack O’Neill and Dr. Daniel Jackson are forced to put aside personal differences to follow their trail into a world of savagery and death.

In this complex story of revenge, sacrifice and betrayal, SG-1 must endure their greatest ordeal…

This book was out of print. The new printing is a print-on-demand book from the original publisher; hence the new pricing.