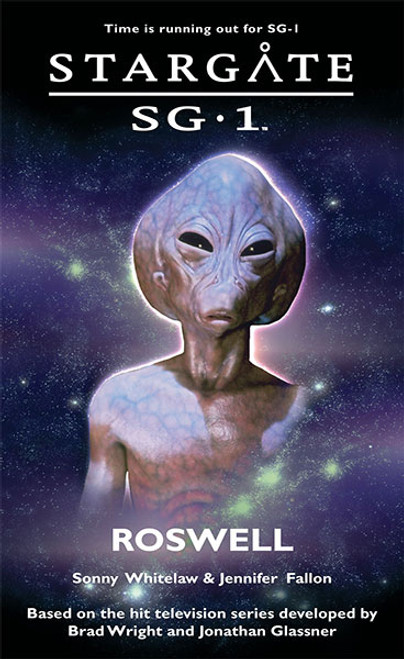 A stitch in time…

When a Stargate malfunction throws Colonel Cameron Mitchell, Dr. Daniel Jackson, Colonel Sam Carter and Teal’c back in time, they only have minutes to live.

But their rescue, by an unlikely duo — General Jack O’Neill and Vala Mal Doran — is only the beginning of their problems. Ordered to rescue an Asgard also marooned in 1947, SG-1 find themselves at the mercy of history. While Jack, Daniel, Sam and Teal’c become embroiled in the Roswell aliens conspiracy, Cam and Vala are stranded in another timeline, desperately
searching for a way home. As the effects of their interference ripple through time, the consequences for the future are catastrophic.

Trapped in the past, SG-1 can only watch as their
world is overrun by a terrible invader…