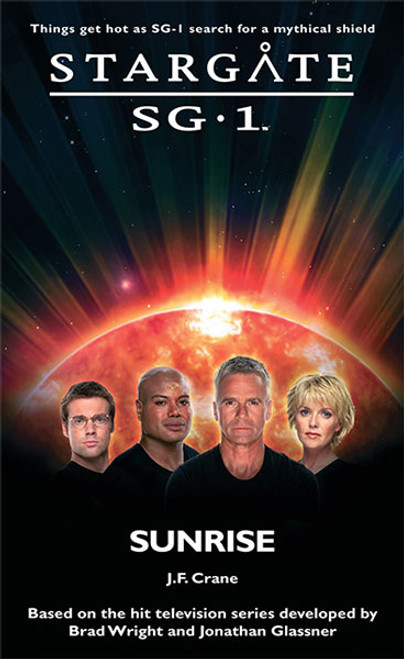 On the abandoned outpost of Acarsaid Dorch Doctor Daniel Jackson makes a startling discovery - a discovery that leads SG-1 to a world on the brink of destruction.

The Elect rule Ierna, ensuring their people live in peace and plenty, protected from the planet's merciless sun by a biosphere that surrounds their city. But all is not as it seems and when Daniel is taken captive by the renegade Seachráni, Colonel Jack O'Neill and his team discover another side to Ierna - a people driven to desperation by rising seas, burning beneath a blistering sun.

Inhabiting the building tops of a long-drowned cityscape, the Seachráni and their reluctant leader, Faelan Garrett, reveal the truth about the planet's catastrophic past - and about how Daniel's discovery on Acarsaid Dorch could save them all…