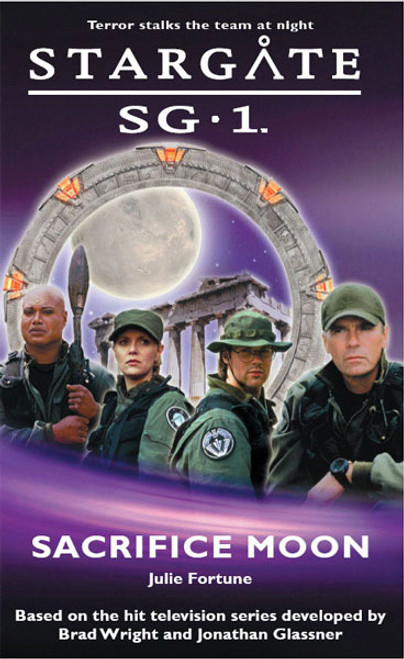 Their destination is Chalcis, a peaceful society at the heart of the Helos Confederacy of planets. But Chalcis harbors a dark secret, one that pitches SG-1 into a world of bloody chaos, betrayal and madness. Battling to escape the living nightmare, Dr Daniel Jackson and Captain Samantha Carter soon begin to realize that more than their lives are at stake. They are fighting for their very souls.

But while O’Neill and Teal’c struggle to keep the team together, Daniel is hatching a desperate plan that will test
SG-1’s fledgling bonds of trust and friendship to the limit…