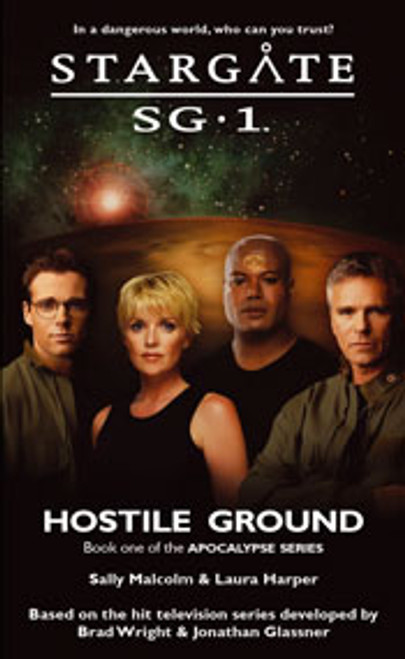 It was meant to be an easy mission, a walk in the park. But SG-1’s first trip off-world after Colonel O’Neill’s return from Edora (STARGATE SG-1: One Hundred Days) proves to be anything but easy.

Tapped for a covert assignment, O’Neill must conceal the truth from his team at all costs. So when Dr Daniel Jackson is injured and the mission begins to go awry, tensions quickly reach a breaking point. Stranded on a hostile planet, and desperate to find a way home before it’s too late, O’Neill leads his fractured team on a desperate journey across a barren and forsaken world.

Faced with an enemy more vicious than anything they’ve encountered before, only SG-1’s strength as a unit will keep them alive — if the secret O’Neill is hiding doesn’t tear them apart first...

“You know,” Sam said, “these Amam could just be the Jaffa of a new System Lord who’s come in here and wiped out whoever used to be in charge.”

“That’s what I was thinking.”  Daniel turned toward her, his glasses glinting in the faint light seeping around the door.  “They’re probably Jaffa mythologized into ‘undead’ creatures by whatever Goa’uld first ruled this world.  Perhaps they’ve even taken on the persona of Amam?”

“And don’t forget the sarcophagus,” Sam added.  “I mean, talk about rising from the dead...”

“Yes!  I think we can say we’re not dealing with real live – or is that real undead? – zombies.”

“I hope you’re right,” the colonel said, “because Night of the Living Dead spooked the hell outa Teal’c.”

“He’s just saying that.  He was watching through his fingers.”

Sam grinned, she couldn’t help herself.  “At least one thing’s clear, sir.  Whoever these ‘Devourers’ are, they can use the Stargate network.  And that means there’s a way home.”

“My thoughts exactly, Carter.”  He scrubbed a hand through his hair.  “I can’t believe I’m about to say this, but it looks like tracking down the flesh-eating-snakehead-zombies is actually our best chance of getting off this rock.”