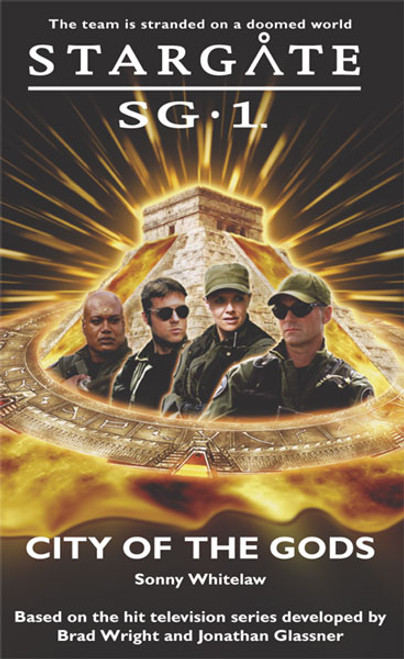 When a Crystal Skull is discovered beneath the Pyramid of
the Sun in Mexico, it ignites a cataclysmic chain of events
that maroons SG-1 on a dying world.

Xalótcan is a brutal society, steeped in death and sacrifice,
where the bloody gods of the Aztecs demand tribute from
a fearful and superstitious population. But that’s the least of
Colonel Jack O’Neill’s problems. With Xalótcan on the brink
of catastrophe, Dr Daniel Jackson insists that O’Neill must
fulfil an ancient prophesy and lead its people to salvation.

But with the world tearing itself apart, can anyone survive?
As fear and despair plunge Xalótcan into chaos, SG-1 find
themselves with ringside seats at the end of the world…