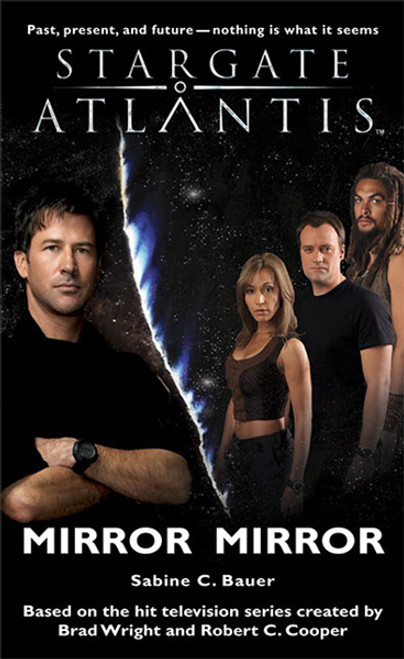 Too good to be true…

When an Ancient prodigy gives the Atlantis expedition Charybdis — a device capable of eliminating the Wraith — it’s an offer they can’t refuse. But the experiment fails disastrously, threatening to unravel the fabric of the Pegasus Galaxy — and the entire universe beyond.

Doctor Weir’s team find themselves trapped and alone in very different versions of Atlantis, each fighting for their lives and their sanity in a galaxy falling apart at the seams. And as the terrible truth begins to sink in, they realize that they must undo the damage Charybdis has wrought while they still can.

Embarking on a desperate attempt to escape the maddening tangle of realities, each tries to return to their own Atlantis before it’s too late. But the one thing standing in their way is themselves…

New printings of this out-of-print book are being done as print-on-demand from the original publisher; hence the new pricing.